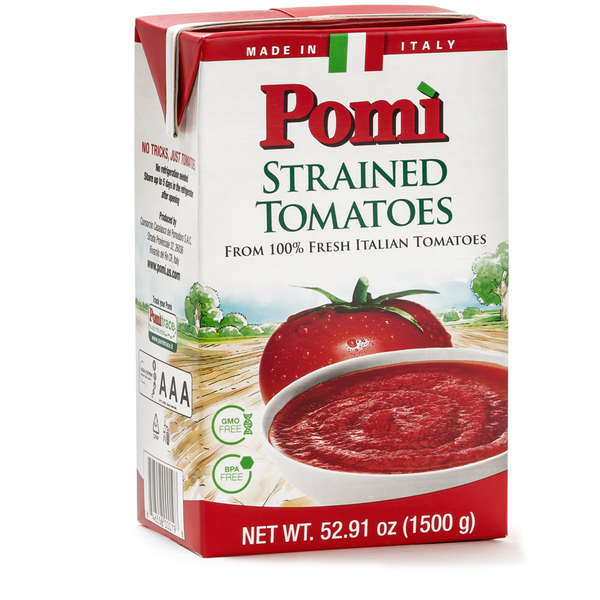 Fresh, creamy and thick: the original taste of a great classic always ready to be used. Strained Tomato Sauce is one of the most used ingredients in cooking because it is easy and fast, ideal to prepare any type of dish: meat, eggs, pasta, creams and creamy soups. Strained tomatoes are perfect for recipes that call for pureed tomatos! Store up to 5 days in the fridge after opening​ How is it made? Tomatoes are washed and crushed. They go through a refinement process that includes sieves to eliminate seeds and peels. The product is then mixed with tomato juice and lightly concentrated. The final product is thermally pasteurized and aseptically filled in our signature carton boxes. Product is exclusively made of Italian tomatoes and does not contain seeds and peels, although we cannot completely exclude possible residue.

Wash the eggplants removing only the ends and cut into medium thin slices.
Sprinkle with coarse salt and leave to drain in a colander for at least 30 minutes.
Fry lightly the chopped onions and crushed garlic. Once golden, add the minced beef and fry over a high flame until well browned.
Now add the red wine and let it evaporate then add salt, pepper, add the cinnamon and finally the Pomì Strained Tomatoes.

Leave to cook over a low flame for about one hour.
In the meantime, peel the potatoes and cut into thin slices, boil for 5 minutes in salted water.
Fry the eggplants and the potatoes in seed oil and drain on kitchen paper. Now assemble the moussaka in a large-size dish.
At the bottom put a layer of potatoes. On top, put half of the fried eggplants, then all the ragout and the other half of the eggplants.

Cover everything with a layer of béchamel sauce and finally grated cheese.
Bake in the oven at 180 degrees for one hour until the béchamel is a golden brown color on the top.
Leave to cool down for 10 minutes and serve.

Curiosity.
Moussaka is one of the best known and appreciated dishes of the Greek culinary tradition.
This recipe sets off several of its typical Greek ingredients: lamb, cheese and eggplants.
The dish is thought to have spread throughout Greece from the island of Crete. 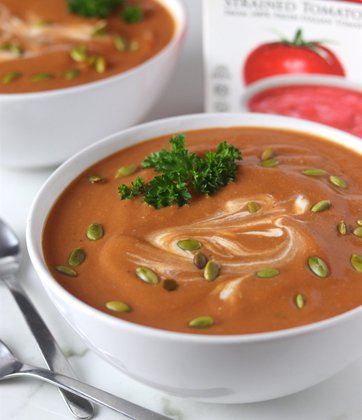 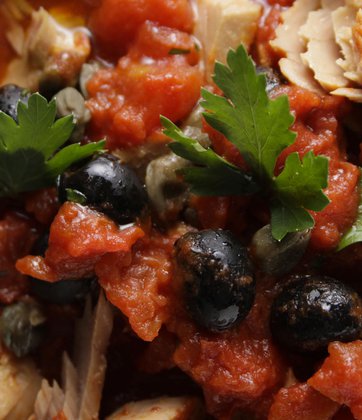 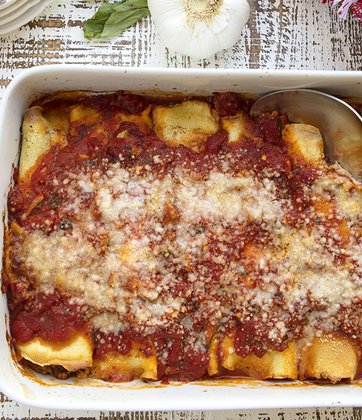